PPI or Payment Protection Insurance started being offered in the 1990s as an insurance policy for mortgages, loans and credit cards. Its purpose was to cover the repayments in case the customers’ repayments fall due to unemployment or illnesses.

The problem with the PPI insurance policy is that many banks and lending companies have been mis-selling them to the customers in many ways such as the following: PPI was overly expensive premiums often added 20% to the cost of a loan, but in some cases it was more than 50%. Secondly, PPI was carefully structured to minimise the chances of anyone actually being able to make a claim. Thirdly, the product was being mis-sold either to customers who didn’t realise what they were buying, or to people who would never be able to claim on it (such as the self-employed). Finally, PPI was branded inefficient as even the very few claimants who stood a chance of getting a payout faced a lengthy and complicated claims procedure.

This being the case, FSA (Financial Service Authority) remedied the problem regarding these insurance policies by bringing in strict rules about PPI with an insistence that they be followed strictly. One standout rule is that they should compensate everyone who had been affected by any breach in the new rules. 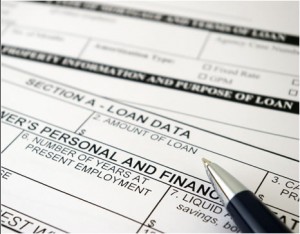 So if you are one of the people who have PPI or had PPI then it would be a good decision to check up on it to clarify if the PPI you have has been mis-sold or not because just to clear things up, not all PPI policies are mis-sold. In case that you find out that your PPI indeed has been mis-sold to you then by all means you can make a claim.

So how do you make PPI claims?

Essentially there are two routes to choose between when making a claim over mis-soldPPI: making the claim yourself do it yourself as it were or enlisting the services of a ppi claims company. The advantage of making the claim by your own self is that you dont have to pay for the service provided by a PPI claiming company anymore. On the other hand, making a claim can be a lengthy and tiresome process, and the claims companies know what theyre doing and have necessary experience to make a claim successful.  If you do decide to put your claim in the hands of the professionals, make sure that you choose a company that works on a no-win, no-fee pricing basis.  That way at least an unsuccessful claim will cost you nothing.