Being an expatriate has always proved to be financially rewarding. Thanks to offshore tax arrangements, such individuals reduce their liabilities. This means that they pay less tax than when they are back home in the United Kingdom. Expat tax is prevalent in many tax havens, which include places like Jersey Islands, Belize, Cayman Islands and the Bahamas. Before attaining expatriate status, it is essential that people should understand the intricacies of offshore tax. Some of the most important pointers for offshore tax planning include:

As much as expatriate tax covers those outside UK, there are some professions that could be subject to UK tax. Examples of such careers include seafarers, sports personalities, crown employees and students. Also, individuals involved in the oil industry must ready themselves for tax remittances. The same scenario applies to UK entertainers and gas workers. These professionals should preferably visit Her Majesty’s Revenue and Customs (HMRC) offices for further guidance. 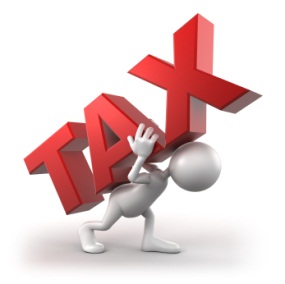 Those who move abroad can still contribute to their pension funds for three more years. This must be the same scheme prior to their departure from the UK. Afterwards they can transfer their funds into a local scheme in their region of residency. This is called the QROPS (Qualifying Recognised Overseas Pension Scheme).

Potential expatriates must remember that the UK government has taxation agreements in place with close to 100 other nations. This usually sounds a death-knell to double taxation; a scenario where expats remit taxes to both nations. A visit to HMRC would provide insight on some of the countries that have signed such treaties with UK.

To reap the benefits of expatriate tax, expats need to prove their non-residential status. As such, they must convince the UK authorities that they have permanently shifted from the country. Alternatively, the authorities must gain satisfaction that their absence will last longer than one tax year. Potential expatriates must also ascertain that they visit UK for less than 6 months annually.

Some expatriates would usually incur taxes on the bonuses they receive on their income. This is because the bonuses fall in the tax year when they were still UK residents. This taxation normally extends to their stint in foreign countries. To forestall this occurrence, they should actualise termination payment albeit they must provide proof to HMRC.

Income tax is one of the major headaches that affect expatriates. The best cure for this headache is to reduce their UK-based assets. This is proof that these expats plan on staying abroad permanently. However, there are varied tax treatments for different levels of income.

Expatriates’ offshore tax planning may go awry if they cannot prove their non-residential status. This amounts to a violation of their status, which incurs the wrath of the tax authorities. An example of violation is when they lack full-time employment. The HMRC usually follows up these cases even if the concerned individuals stay out of UK permanently.