See, we don’t really get too terribly sarcastic here, for a reason. I believe that it’s because all of us around the blog want to make sure that you’re getting the best information possible when it comes to your finances. Trying to just give you the same watered down, rehashed information isn’t really our speed. So when you guys write in questions, we do try to answer without the bias and the snark. However, there are some questions that really make this hard, truth be told. We get asked whether or not something like Christmas can be considered a financial emergency. See, we thought the answer would be obvious, but apparently it’s a common question.

People feel obligated to do something special for Christmas on a grand scale, which is really not the point at all. You want to make sure that you’re thinking about more than just hanging onto a bunch of presents. That’s not what the season is all about anyway. You want to install in your family members a sense that this is a time to be grateful for everything that they have. I know that most associate this only with the Americanized version of Thanksgiving, but I think that the entire season should be about gratitude. We are all truly lucky to have so many luxuries, even when we assume that they aren’t luxuries. It’s never a bad idea to step back for a while and actually be grateful. 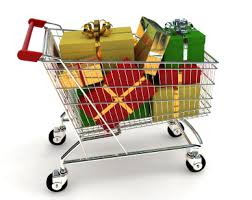 If you’re trying to save money, then why not make everyone’s gifts rather than trying to get it at the last minute? It would give your gift a personal touch and make the recipient feel like you really went out of your way to take care of them. What could honestly be better than that? There’s nothing wrong with looking into just about everything that you can when it’s time to balance finances with fun and games. You don’t have to be fussy about the whole affair. You don’t even need to make some big announce that you’re thinking more about saving money and not spending so wildly. There’s something about the holidays that really brings out a desire to spoil our families. However, we have to think about the future even as we enjoy the present. This means having a little self control rather than going completely wild.

So, in a nutshell: Christmas is not a financial emergency. Your family will not melt if they don’t get the latest and greatest. However, to be able to look back and realize that you saved enough to put your children through college… now that’s amazing, is it not? Or maybe you dream about getting a bigger home? No matter what big dream that you see on the horizon, you’re going to need money in order to make it happen. There’s nothing wrong with thinking through these things and not getting worked up so much.

There’s a time and a place for everything, of course. You don’t have to panic because you’re cutting back. Believe it or not, a lot of families are finding themselves in the same boat as you. They want to make sure that their children have good stuff, but not at the cost of the future. It’s really a big deal now that the economy has cooled off and it looks like it’s going to still be sluggish for a few more years to come. Everyone has to do what they feel is best, rather than just going with the solution that seems the best. Now is definitely the time to start looking around carefully at your finances, before the holidays actually are upon us.